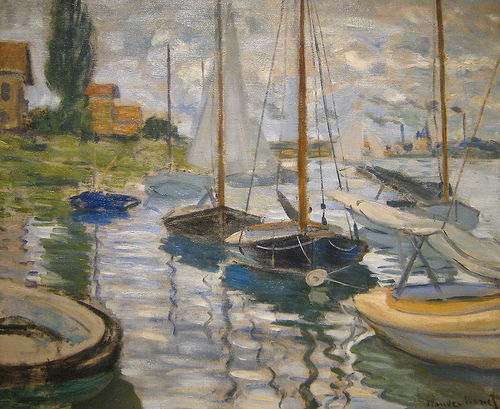 I’ve never been very good at patience. When I’m ready for something to happen or I know what I want – I expect it right then. I’ve been working really hard to overcome this. Brandon has saint-like patience and I keep thinking he will balance me out.

When it came time to discuss having a family, it meant compromise. I always knew I wanted children, and a part of me imagined it might be possible to have three or four. Why not? Brandon wanted us to be settled, financially secure, debt free (read: responsible). So, we waited until we were both completely ready, financially secure and in a place where it made sense.

And then we waited. Ten months went by. Nothing. I had started worrying around month four (I worry a lot). Brandon kept saying, “Be patient.” We decided at that point we should see a doctor. We quickly found out from several doctors that “it would be nearly impossible for us to conceive naturally.” I’d love to say I handled it gracefully but, I didn’t. I was devastated. I imagined all the worst-case scenarios. I told Brandon it would never happen, we were doomed, we would be childless, etc. Brandon told me, “Be patient.”

We met with a fertility specialist and reviewed our options. We were both scared. We had a week to decide if we were going to jump right in (the timing had worked out perfectly to begin the process right then!). I had a birthday party that Friday. We drank, we danced, we sang, we enjoyed our friends and our laid back attitudes. And then, first thing Saturday morning, we went to the doctor to start the process.

Within a week I had pills to take and shots for Brandon to give me (I don’t do needles). The doctor was very upfront with us and said it would likely take three rounds of IUI to work. He said we should be prepared for that outcome. He also said we should consider if we ought to jump right into IVF since the money it would take for three rounds of IUI could be better used for one treatment of IVF. We decided to take our chances.

I said a lot of prayers. I prepared myself for the worst. It’s something I’m pretty good at. Brandon said he was sure it would work. I was sure it wouldn’t. I started thinking about whether I would go through with the process multiple times. I had trouble existing in the moment because I was so preoccupied with future decisions.

During the procedure I stared at a copy of Monet’s “Sailboats on the Seine,” which was taped to the ceiling directly above my head. Afterwards when the doctor told me to spend 20 minutes in the dark room “visualizing my body accepting the process and making a baby” I stared at those sailboats and the blue water. And I prayed harder than I ever had…for patience.

Weeks of anticipation went by with Brandon saying every so often, “I’m sure it worked.” But I wasn’t sure. I didn’t fully believe it. I was prepared for it not to work. But I was also prepared to wait – and to wait some more. I felt ready to fully believe in the idea that we would have a child at some point. But it might not be the way I had always believed it would be.

The day I was allowed to take the test, I was calm and steady for the first time in over a year. When I saw that it was positive I was in shock. Brandon was ecstatic. It took a couple of weeks for me to truly believe it – to really allow myself to experience the joy of that news.

Here we are….at 19 weeks – Almost halfway there – A week away from finding out if we are having a girl or a boy. For the first time I feel really joyful and at last, patient.

Social distance backyard hangout @ my bff @pballster. Halligan is feeling it.
This. The very same people criticizing the current protests were appalled and angry in response to the peaceful protest of a man simply taking his knee.
Since William is a July birthday, his class celebrated him today. We were invited to participate on their daily Zoom class. It made my Mama heart happy.